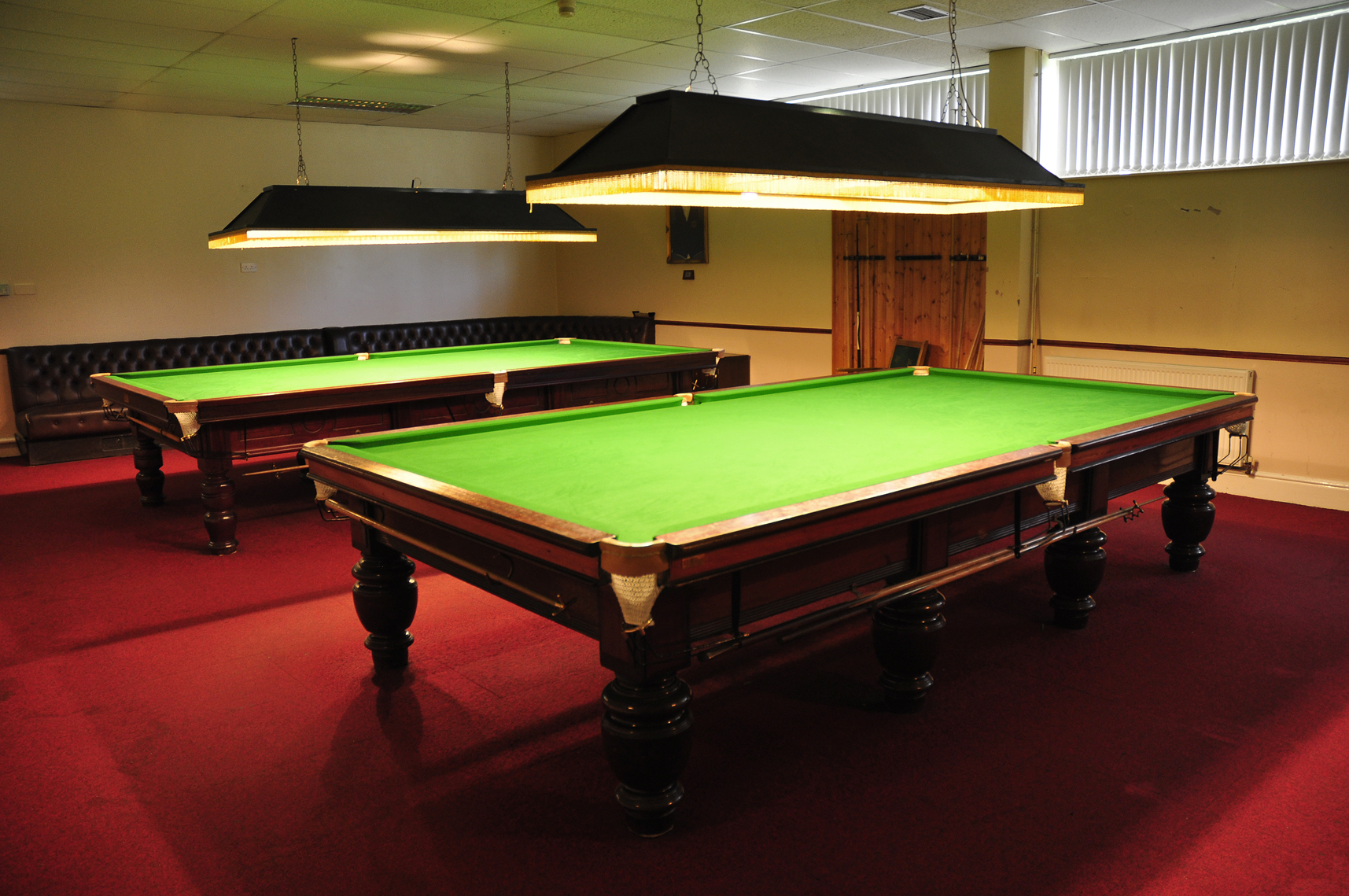 Forrest Little Golf Club has its very own Snooker room located on the ground floor, accommodating two full sized Snooker Tables, available for Members use. Visitors must be accompanied by a Member at all times.

The Snooker group play mainly during the winter months and participate in the North Dublin Snooker League. League matches are played on Monday nights from January to March and the league comprises 6 Northside Golf Clubs (Forrest Little, Clontarf, St. Annes, Malahide, Skerries and Howth).Teams comprise of 2 singles and 3 doubles partnerships (8 players in total) and all matches are played over 1 frame. Each match is therefore the best of 5 frames.

The Forrest Little team is now one of the strongest in the league with stiff competition amongst the  regulars for a spot on the team.  Eoin Arthurs & Peter O’Dwyer are our regular singles players. Alex Ryan, Craig Drugan ,Danny Whelan, Derek McCabe, Les Hughes, Liam Rourke, Niall Hussey and Paul McGaley make up the doubles panel and all have contributed significantly to the ongoing resurrection and success of the Forrest Little snooker team.

We practice on Thursday nights in the Club and anyone interested in ‘having a go’ should contact team manager Derek McCabe on 087 6537867 or any of the above panel.

Our Snooker Team put in a tremenduous performance in the Final of the 2016 North Dublin Snooker League in a very exciting match against Malahide but unfortunately came up short on a score of 2:3. Malahide took an early lead taking the first match by potting the last 3 colours in a really see saw battle. They built on their lead by taking the second frame when it went right down to  the black. Our Forrest Little team dug deep and bounced back by winning the next 2 frames in a titanic battle to level the match and appeared to have the upperhand going into the final frame. However any thoughts of victory for our team  were quicklydispelled when one of the Malahide stalwarts opened up with a 32 break & effectively closed out the match with some great potting and safety play. While the runners up spot is some consolation for there great efforts, they were naturally disappointed, however our team should be very proud of their overall performance and continue to consolidate their position as one of the top teams in the league

Great win last night beating St Anne’s in the semi-final on a score of 3:1, Peter O’Dwyer taking the all important point in the 4th frame on the black in a tense finish. Our Team now head to Clontarf GC next Monday night where they take on Malahide in the Final @ 7.30pm

Our Snooker team are now through to the semi-final where they take on  St Anne’s this Monday night 14th March @ 7.30pm in St Annes. We wish them the very best of luck.

The Forrest Little Snooker Team, winners of the North Dublin snooker league 2014, made a very slow start to the 2016 League by losing their opening 3 matches but have bounced back strongly by winning their last 6 matches and are now right back in contention for a place in semi finals.